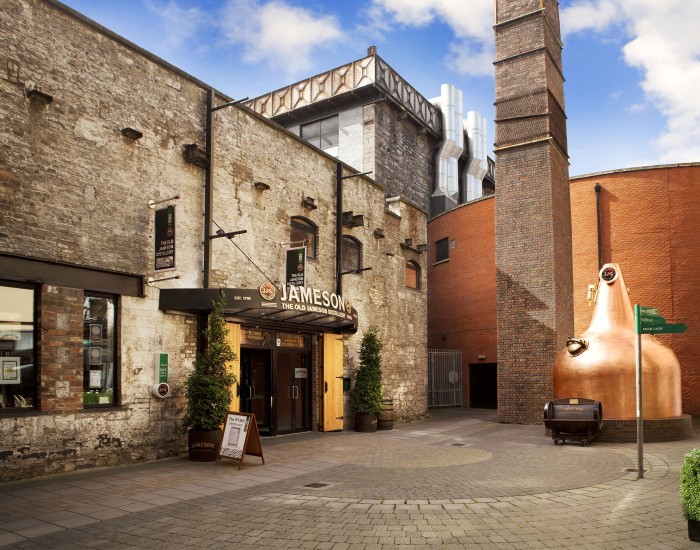 A large group of students from our school in Dublin visited the Old Jameson Distillery for a very enjoyable tour. The distillery first opened its doors in the year 1780 and since that time Jameson has gone on to be one of the most widely available drinks in the world. It is no longer an active distillery but the museum is one of the most visited tourist attractions in Dublin and it is easy to see why.

The tour began with a video explaining a little about the history of the distillery. Smithfield is located just outside the city center and at one time, a very large percentage of the people who lived there were employees of the distillery.

The guide informed the group about the triple distilled method used by Jameson that makes Irish whiskey different from Scottish and American whiskey. Many of the old techniques have now been replaced due to technological advances but the same principles are there. During the tour the guide was very informative and answered all of the group’s questions.

Without a doubt, the most fun we had was at the end of the tour when some of the group got to taste the different types of whiskey. American, Scottish and Irish whiskeys were on the table and the students were given a very interesting explanation about why the taste of each whiskey is distinct. We were all given a free whiskey at the end which was just perfect for the cold weather!

Hiking in the marvellous nature of Glendalough in Ireland 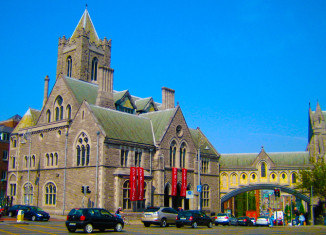 Oct 29, 2015
A group of students from our English school in Dublin visited Dublinia – the Viking and medieval museum. Dublin historians agree that the Vikings played...