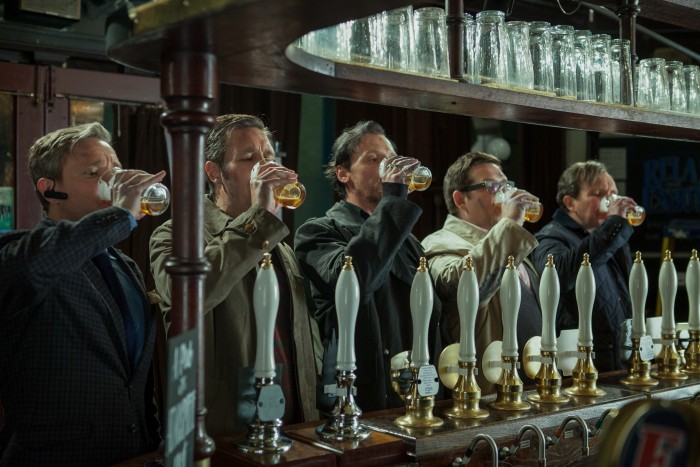 Pub crawl (sometimes called a bar tour, bar crawl or bar-hopping) is the act of one or more people drinking in multiple pubs or bars in a single night, normally travelling by foot or public transport to each destination and occasionally by cycle.

Many European cities have public pub crawls that act as social gatherings for the local expatriate communities and tourists. These crawls focus on the social aspect of meeting new friends and being introduced to new bars in a strange city.

In the UK, pub crawls are generally unstructured and spontaneous nights-out, in which the participants arrange to meet in a particular location and decide over drinks on where to drink next. Structured routes with regular stops are rare. Most drinking sessions based around a special occasion such as a birthday or a leaving celebration will involve a pub-crawl, often with the group splitting up but agreeing on meeting at the next location. It is a common sight in UK towns to see several groups orbiting the various drinking locations with little apparent coherence or structure.

Nuts Pub Crawl organizes Pub Crawls in London every Wednesday till Sunday at 8.50pm that present the best way to get the most of London’s nightlife, meet people and have a great night without breaking the bank. With Nuts Pub Crawl you get the best value:

The crew of Nuts Pub Crawl is a team of young Londoners who know the city very well. Their friendly guides will show you the best venues, share the hidden treasures and just do their best for you to have a good time. Doesn’t matter If you are single, couple or with a group, the team will show you how to enjoy the nightlife that London is famous for. All the clubs are located in the West End area, between Leicester Square and Piccadilly Circus, which is known as London’s main clubbing scene. They are all located a few minutes walking distance, so you don’t have to worry about transport, just need to follow their guides.

If you are interested in experience London in the most fun and entertaining side, check out here their event calendar and buy your tickets now.

Things to do in Camden Town (London) for cheap money 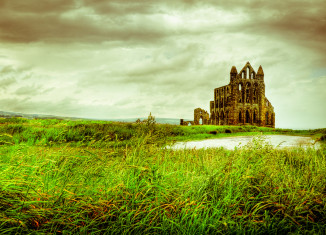 Best places to visit in England

Sep 9, 2015
England is in north-west Europe and is in the southern part of Great Britain. It is an island country and also part of the...